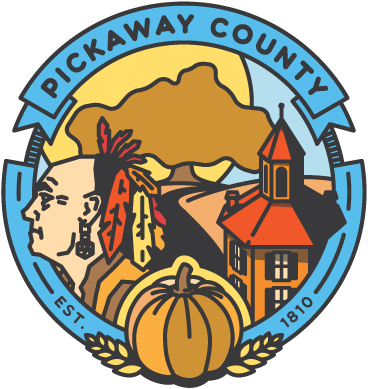 Pickaway County has been preparing for months for the potential spread of COVID-19 and is carrying out previously adopted response plans developed by the Pickaway County General Health (PCGHD), the Pickaway County Emergency Management Agency (EMA), and the Board of Commissioners. These entities are meeting daily and coordinating with all relevant authorities at the federal, state, and local level, to ensure that Pickaway County is responding to COVID-19 in a manner which protects the health of our residents while continuing to fulfill our governmental responsibilities. The Board of Commissioners is encouraged by the work done thus far and wishes to make the public, and our partners in local government, aware of certain other actions being taken.

Consistent with Governor DeWine’s guidance to date, Pickaway County government offices remain open for business, and essential government services will continue to be provided. That said, each individual elected office holder has the discretion to alter or limit hours of operation, and staffing levels, as they see fit. For those employees who can effectively work from home, the county’s Information Technology (IT) has taken steps to allow that to occur. Existing leave policies remain in effect, and appointing authorities may approve the use of comp time, sick leave, vacation, and/or unpaid leave as they deem appropriate. The county’s maintenance department is increasing the cleaning services provided in every county building to help combat the potential spread of the virus. A sign-in sheet has been placed at the security desk of the courthouse so that we can better determine whether visitors have come into contact with COVID-19. Non-essential travel by county employees is discouraged.

While county offices remain open, we do encourage residents to defer non-essential visits to county offices whenever possible. Each office has an online presence and can conduct substantial business by telephone and e-mail. If a visit is necessary, however, we are working to keep visitors, and county employees, safe. In addition to steps described above, everyone should follow the protocols for handwashing and minimizing physical contact which can help prevent the spread of the virus.

The Board of Commissioners will be meeting with county office holders and department heads on Tuesday 3/17 to discuss other aspects of the county’s response to COVID-19 in greater detail. This situation is obviously changing rapidly, and the Board of Commissioners will continue to evaluate the county’s response as those changes occur. This is a difficult time, but we are confident that by working together, communicating openly and honestly, and remaining focused on effective prevention strategies, Pickaway County will meet this challenge.

PICKAWAY COUNTY BOARD OF
COMMISSIONERS

Commissioners have other responsibilities including hearing and ruling on annexations, approving drainage improvements through the petition ditch process, establishing water and sewer districts, making improvements and providing for solid waste disposal. Commissioners also appoint department heads of offices for which they have responsibility and appoint members to a variety of boards and commissions.

The non-statutory duties and responsibilities of the commissioners are what make them different from other county elected officials. Our commissioners are active in promoting economic development initiatives, public health issues and infrastructure development. The county commissioners take a broad view of actions necessary to make Pickaway County a better place to live and work.

Pickaway County
Board of County Commissioners

Brian S. Stewart began his first term as Pickaway County Commissioner in January 2013. He is a lifelong resident of southern Ohio, a local attorney, and a combat veteran of the Iraq War.

Commissioner Stewart enlisted for active duty in the Army in 2003, and volunteered to serve in the infantry. After graduating from Basic Training and Airborne School, he was assigned to the 3rd Infantry Division, was soon deployed to the Sadr City area of Baghdad in Iraq. During a year long deployment in 2005, he conducted over 150 combat patrols in the city. For his actions, Commissioner Stewart earned the Combat Infantryman's Badge (CIB), and was twice awarded the Army Commendation Medal before he was honorably discharged in 2006.

Commissioner Stewart then earned his bachelor’s degree and law degree, both from the Ohio State University. He is a partner at Farthing & Stewart LLP, a local law practice in Circleville. In 2009, he successfully ran for a seat on Ashville Council, where he served three years on the Finance and Public Safety Committees and as President Pro Tempore of Council in 2012.

Commissioner Stewart is an active member of his community. He is the immediate past Vice President and Spokesman for the Ohio Fallen Heroes Memorial, and is a member of the Pickaway County Farm Bureau, the Association of Ohio Commodores, the Veterans of Foreign Wars (VFW), and the Camp Charlotte Chapter of the Sons of the American Revolution (SAR). Commissioner Stewart lives in Ashville and attends Ashville Village Chapel with his wife, Letanya, and their two daughters, Salem and Sidney.

Commissioner Wippel grew up in Walnut Township, Pickaway County and graduated from Teays Valley High School and is a graduate of The Ohio State University with a bachelor's degree in Economics. He farms about 700 acres in Northern Pickaway County. Commissioner Wippel has been active in the community as a member of Westfall School Board, a member of the Berger Health Systems Board of Directors, and has served as an office director for the U.S. Department of Agriculture.

Harold “Champ” Henson is a lifelong resident of Pickaway County, a former Walnut Township Trustee, and a local farmer. After graduating from Teays Valley High School, Commissioner Henson attended the Ohio State University on a football scholarship. He played for the Buckeyes under Coach Woody Hayes and led the nation in scoring during his sophomore season in 1972. He was drafted by the Minnesota Vikings in the 4th Round of the NFL Draft, and also played for the Cincinnati Bengals. Henson owns and operates Henson Family Farm Market which is widely known for its sweetcorn, as well as other fruits and vegetables. Henson resides in Walnut Township with his wife Karen, and has raised three children, Clayton, Colton, and Cassidy. 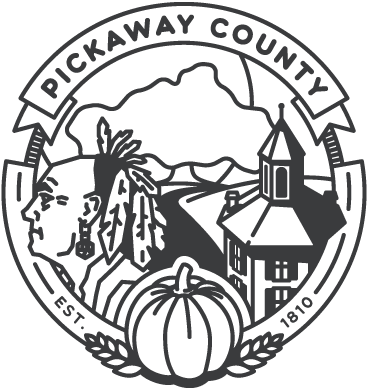